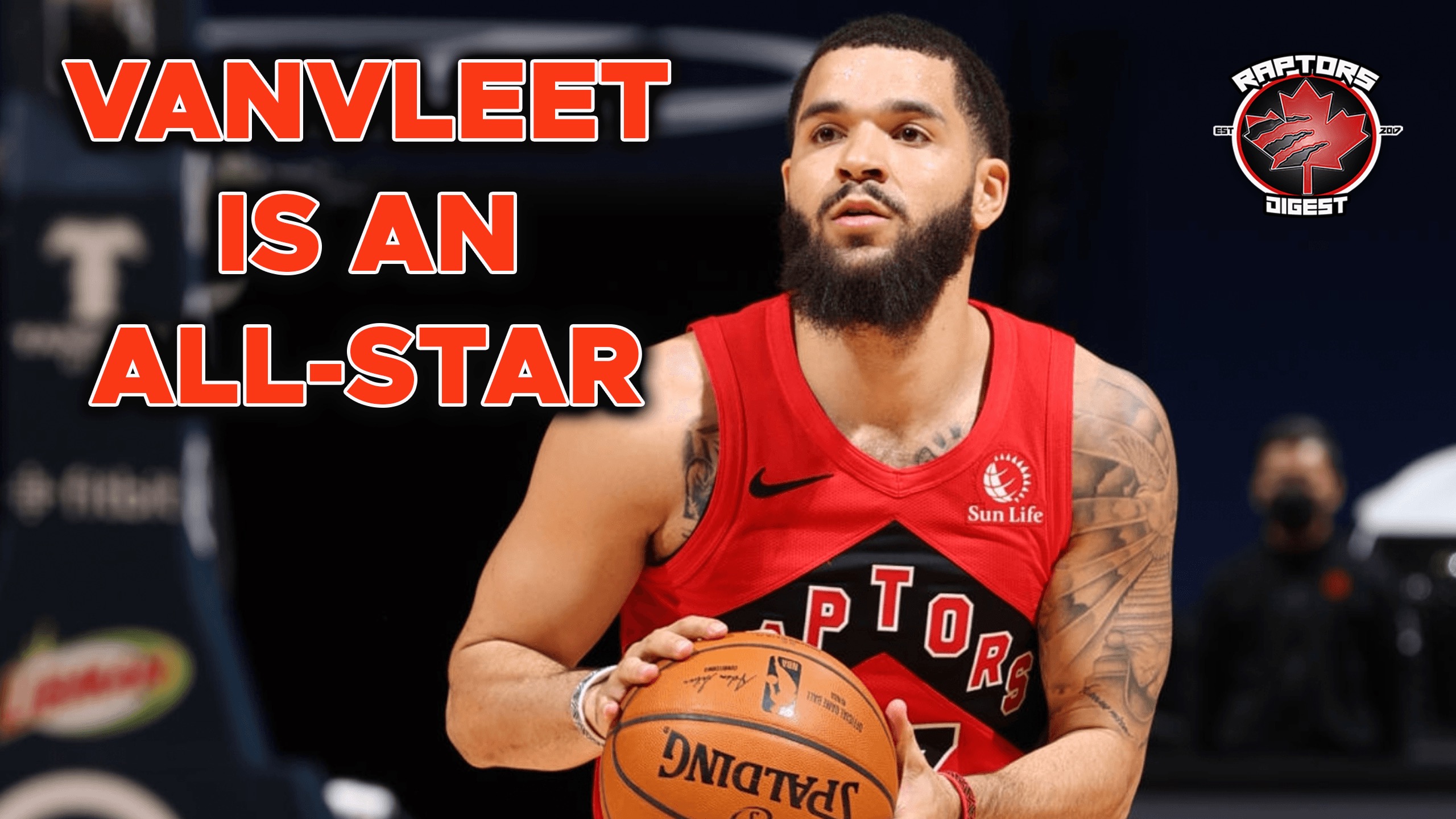 Why Fred MUST be an All-Star!

Let’s face it. Fred VanVleet is a rising star-- arguably the greatest rising star in the NBA when one considers the feats he has overcome. He entered the NBA undrafted, played on Toronto’s G-League Team a couple years before he helped Toronto win the championship in 2019, and he currently holds the record for scoring the highest number of points in the Raptors’ franchise. While Lebron James or Kawhi Leonard may have greater net talent, VanVleet’s trajectory of increasing talent makes him attractive because he seemingly has no ceiling to cap his talent. I’d even go as far as saying that VanVleet’s heroics were the biggest reasonToronto won the chip. While Leonard was scoring big points for the team from the North, it was somewhat consistent with his normal game performance. VanVleet, on the other hand, rose to the challenge, and not only did he outdo himself, but he also outdid the NBA.

As the All-Star Game rolls around, many fans are eager to see who the reserves will be, and are quick to make their own claims on the subject. People want star players, hometown favourites, fresh faces, and rookie potentials. The All-Star teams spark great controversy, and tension boils to new highs. The atmosphere is exciting, fun, and intimidating all at once. To play on an All-Star team denotes a badge of prestige, and the All-Star Game is one of the biggest stages  in the biggest league. So who do I think should be named as one of the reserves for the All-Star Eastern team this year, and take his spot amongst the league’s best ? None other than Fred VanVleet. And while I would have vouched for him to be a starter, I will have to accept that this year I may have to settle for him being a reserve. That being said, the sky's the limit for VanVleet, and perhaps being a reserve is the next logical step in this young man’s blossoming career.

Fred VanVleet should be an All-Star reserve for a couple of reasons. Scratch that, a plethora of reasons, which I will have to limit so that this article doesn’t become a book. Primarily, his sheer numbers from this season make him an obvious choice. VanVleet stat-wise is outplaying himself. His statistics average him higher than he has ever been in points, assists, and rebounds, even after a rocky start. VanVleet consistently does well, and he deserves a shot as a reserve in the All-Star Game, especially after breaking Raptors Franchise history for most points in a single game earlier this month.

But of course, individual performance is never a sure way to predict a player’s success. Instead, we must also consider how they play in a team, and how they are as a playmaker. VanVleet is a team player through and through. He is not the dominating power forward, and he is not the imposing center, but he is the quick thinking point guard, who not only uses his team mates, but also makes smart executive choices, reading the court as if he holds omniscient power. While the All-Star Game is about the flashy entrances and big dunks, it also requires a centering force, to pull all the talent together and make it work. The thing about VanVleet is that he is a star in his own right, but he does not bask in his own glory like many stars do. He is humble, hardworking, and a team player through and through, making him a valuable player on a court whose players invariably know their own talent and often forget about the rest of their team.

While VanVleet’s history and his role as a play-maker and team player make him a good candidate for the NBA All-Star Game, there is one final, crucial point to be made about VanVleet. He thrives under pressure. We can all recall how VanVleet went off during the NBA playoffs in 2019, especially during the final round. He transitioned from being a reliable player to being a player that the Raptors could not have won without. Game after game, he consistently sunk three pointers from the most unlikeliest of places, brought success to his team with every play he set up, and remained calm under the increasing pressure. During the playoff run, Fred VanVleet won his way into countless Canadian’s hearts. Moreover, since the All-Star Game would host a similar atmosphere of excitement, it can be predicted that VanVleet would play well. Just as he used the environment of the Championship round to his advantage, VanVleet would similarly do well during the All-Star Game.

As a short final point, I want to argue more broadly that it is important that the Raptors are included on the All-Star Team’s roster. Historically speaking, upper seeded teams have a presence on the All-Star court. So far, not one Raptors player is set to appear on this year’s team (excluding rumours of VanVleet being a potential reserve). For a team closing in on the fourth seed, especially after having such a tough start, having a member from the Raptors is integral, and having a Canadian team’s member is even more. For a game that brings together teams from geographically diverse areas, having a Canadian team member is important for inclusivity and diversity purposes. Thus, because the Raptors need a player on the court come March 7th, and because VanVleet is in himself a competitive candidate, it is a no brainer that VanVleet should be chosen as an All-Star Game reserve.

To conclude, there is something about Fred VanVleet which makes him special, and that would resonate throughout the households that tune into the game on March 7th. He represents a kind of hope; he shows that the underdog can make it. While we are used to “stars” which are defined in the conventional sense of the term (uber tall, capitalized upon, and destined for greatness since pre-school), it is time to open up the court and make room for another kind of star-- that is, the self-made guy who doesn’t give up, and the outlier who climbs the ladder to the top. Fred VanVleet is this person, and he is sure to strike a chord with every person who watches the All-Star Game, especially during times as tough as these.

Vanvleet is exactly who Toronto needs after Lowry retires. He's smart, quick, a great leader, and most importantly, he has championship experience. I can see him, OG, Norm, Siakam and Boucher keeping the Raptors' contender status for a few more years. However, I do NOT want to see Lowry be traded.