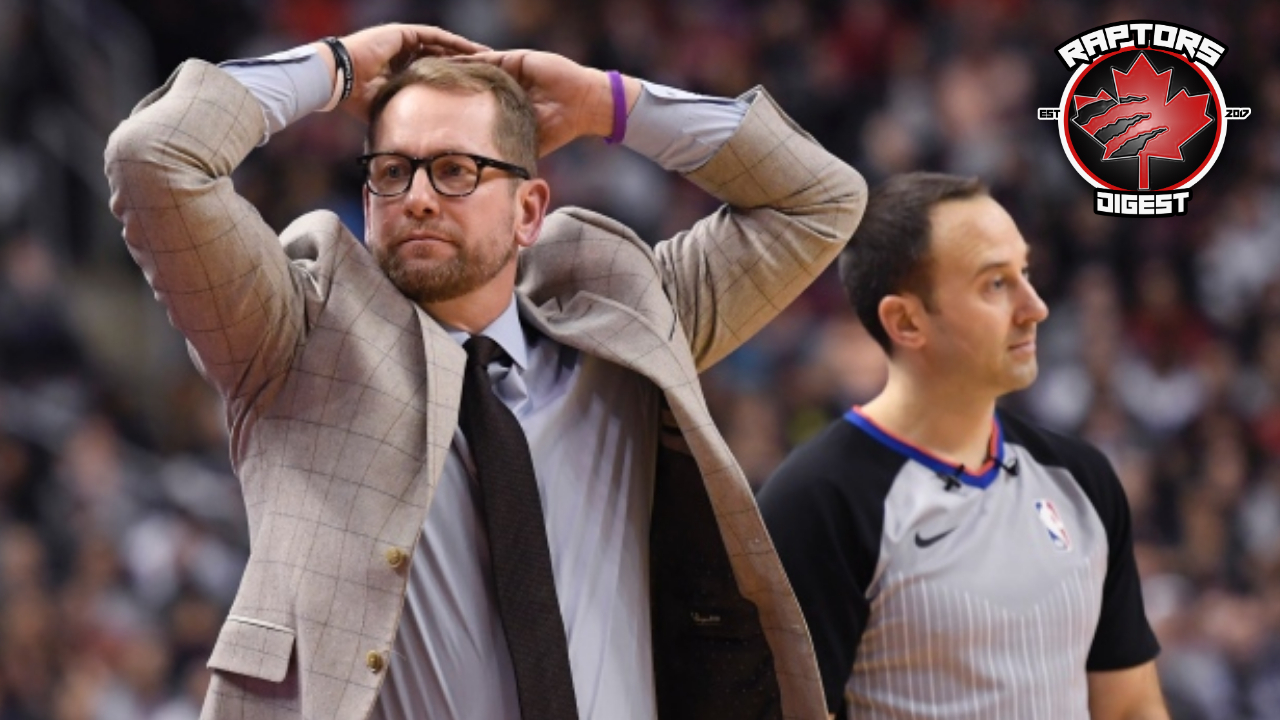 After a promising 2-1 kick to pre-season, the Raptors have come-out flat in their first two regular season appearances.

Toronto fell 113-99 to New Orleans in the opener, as they were outscored by 21 points in the second-half. This tough performance was followed up by another in San Antonio, as the Raptors crumbled last-minute in the face of DeMar DeRozan, losing by a tough score of 119-114.

Not the start most of us envisioned. Voices of frustration have emerged from the locker-room following a disappointing 0-2 start, as Fred VanVleet expressed to media; “It’s not rocket science. I don’t wanna say it’s an effort thing, because I feel like guys are out there, I just think we’ve gotta make more plays at higher level,”. He’s not wrong. The effort and schemes, for the most part, appear largely present. Under the following headers, I will outline three factors which standout as needing improvement for the Raptors early in the season.

Fans have been ultra-pre-mature in proclaiming OG’s ball-handling development.

Although there is clearly progress in his game, he still struggles to create his own shot and finish consistently. I understand, it’s impressive when he does it once or twice a game, but that is not enough for a player who is paid like a primary scoring option. He connected on his first three-pointer of the season in the second-half of the Spurs game, while only recording 18 total points across both losing contests. Not great for a player with such high expectations, especially given how sharp he looked through the pre-season.

I am still fully on the OG bandwagon, but that bandwagon is farther back than some fans are willing to realize. OG is a remarkable time-and-space shooter, but he’s still not pulling-up on anybody, and since he’s such a great defender, he tends to draw troubling match-ups like that of Zion Williamson. So when that inevitably happens, although I trust his ability to lock-up opposing talent, OG has to additionally overcome elite match-ups on the offensive end.

Thus far, he’s encountered difficulty biting-off these defensive assignments without hindering his ability to contribute on offense. This brings us back to the luxury of a superstar; someone who can do both simultaneously and consistently. The sky really is the limit for OG, but he remains a promising work-in-progress for the Raptors. Toronto no longer has a star like Kawhi Leonard, so a degree of patience will be needed to see through the development of a young player like OG. Experience will only add fluidity to his game, yet as the first two games remind us, there will be a share of hiccups along the way.

This heading is slightly misleading, because Chris Boucher has done a stand-up job cementing himself into the rotation as a reliable big-man. He was one of few bright spots from the Spurs match-up, as he recorded 22 PTS, 10 REB, 7 BLK, while shooting an impressive 3/4 from three-point range. Baynes also deserves no slander, as he too is living up to expectation.

The key missing element of Toronto’s centre rotation is size, despite the respective capabilities of Baynes and Boucher. Even from the perspective of boxing-out, neither player has as wide of a base as Serge Ibaka or Marc Gasol. Although Alex Len provides better measurables, his court performance is yet to earn him any valuable minutes from Coach Nurse. Without a true 7-foot anchor on the defensive end, the Raptors may struggle at times to collect contested rebounds or limit opposing rim-runners. Marc Gasol is certainly washed-up, but his ability to provide lane deterrence and clog the paint kept him on the floor through a championship run. Without Serge Ibaka to provide some crafty solutions, the Raptors are additionally lacking upfront this year.

Chris Boucher remains a great option, but that is a lot of responsibility for such a young player. Even though he is an underrated isolation defender, he still ends up in frequent foul trouble. Both him and Baynes are considered average to smaller players for the centre position, and despite their positive contributions, this lack of top-end size has been an early factor. Hopefully Boucher continues to hone his craft and fill-out, because small-ball lineups have been rather disappointing thus far for Toronto.

Beginning of the End for Norm

This does my heart no good to say, but it’s time to move-on. Norm is simply too inconsistent, and given all situational factors, this would be an ideal time for Toronto to collect some return for the highly-touted shooting guard.

In the first two games of the season, Powell has only recorded 12 total points on 2 of 16 shooting, and was rather underwhelming on the defensive end. The 27-year-old is approaching a contract renewal this off-season, and I don’t see the Raptors as willing or capable of paying him out. I am certainly not blaming everything on Norm, but his inefficiency and lack of size have stood-out during this lackluster start to the season. In San Antonio, which needed to be a bounce-back performance, he lugged 17 valuable minutes only to record zero points and two personal fouls…

When Norm is good; he’s actually great. Most fans can appreciate him as someone whose become an improbable playoff hero at different times, and is our longest tenured Raptor outside of Kyle Lowry. However, it appears push has come to shove early, and I believe a player like Terence Davis should be given more opportunity in the place of the Powell. Additionally, Matt Thomas and Malachi Flynn could milk some minutes out of a Norm departure, as the line-up could benefit from a considerable shake-up.

I agree with all of your thoughts. Sad to say. The forwards are not filling in as expected as well.