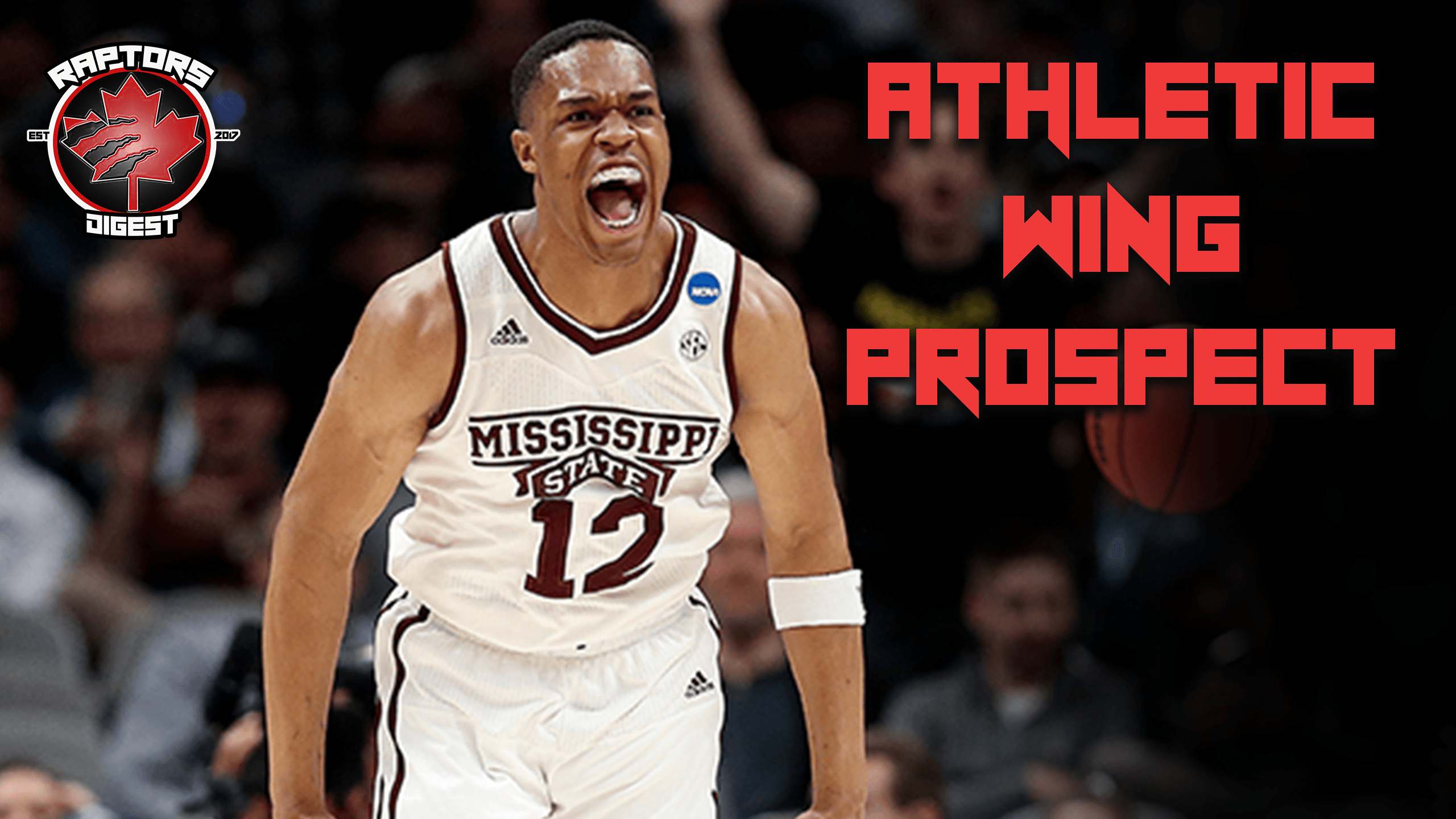 After an ultimately disappointing ending to a bitter-sweet 2019-20 NBA season, Toronto Raptors fans have the opportunity of witnessing their team make a selection in the first round for the first time since 2017 where they selected a promising athletic wing player whose contributions already can’t go unnoticed, OG Anunoby. Raptors recent scouting success and development gives fans hope for a new potential Raptors star to be wearing the jersey next season despite our late draft position at 29th.

When looking up and down the Raptors lineup, the two significant holes I see are at the center and small forward position. With Marc on his way back home to Barcelona, a real question has to be asked about whether Serge Ibaka and Chris Boucher would be able to hold down the fort despite lacking a 7 footers presence. Another hole that goes under the radar is a back-up small forward position for OG. The Raptors like to run smaller line-ups and have typically been successful however in certain instances in the playoffs, we have seen size become overwhelming and having more versatile forward options could make the difference in a playoff series.

Going off these imperfections in the roster makeup, a viable option and player to look out for in this upcoming draft is Mississippi St. sophomore small forward Robert Woodard II. He’s your typical 6’7, 230 lbs, long, athletic forward who shows promise on the defensive end, a characteristic every Raptors draft pick possesses. With a 7’1 wingspan, he has the ideal frame for the modern NBA and a motor that makes him very coachable. He averaged a block and a steal in his last season at college and shows huge upside with his awareness, length, and mobility. Woodard also proved to be capable floor spacer this past season shooting at a 42.9% clip beyond the arc on 2.3 attempts a game. Woodard is also a smart off-ball player where his cutting and athleticism makes him dangerous around the rim, and a potential lob threat in the half court and transition.

Woodard’s draft projection varies drastically between sources with some having him go late 1st round and others having him go 47th or not even on the board. He’d be great pickup for the Raptors as his interview responses indicate a player on his way to a long NBA career; he mentions former Raptor Kawhi Leonard as being his favourite player and watching his film noting how “efficient he is on both ends”. Woodard is confident he can contribute on the next level citing his shooting and ability to guard one through four, “I bring consistency, energy and someone who plays the game the right way, doing whatever needs to be done to win games.” Toronto sounds like the perfect landing spot for him and learning in a system that prioritizes winning, working hard, defense, and 3-point shooting, I could see his ceiling being raised drastically and becoming an effective NBA player. As always, Masai will have his insights and ultimately make his own decision but watch out for Woodard in this upcoming draft to be on his radar.