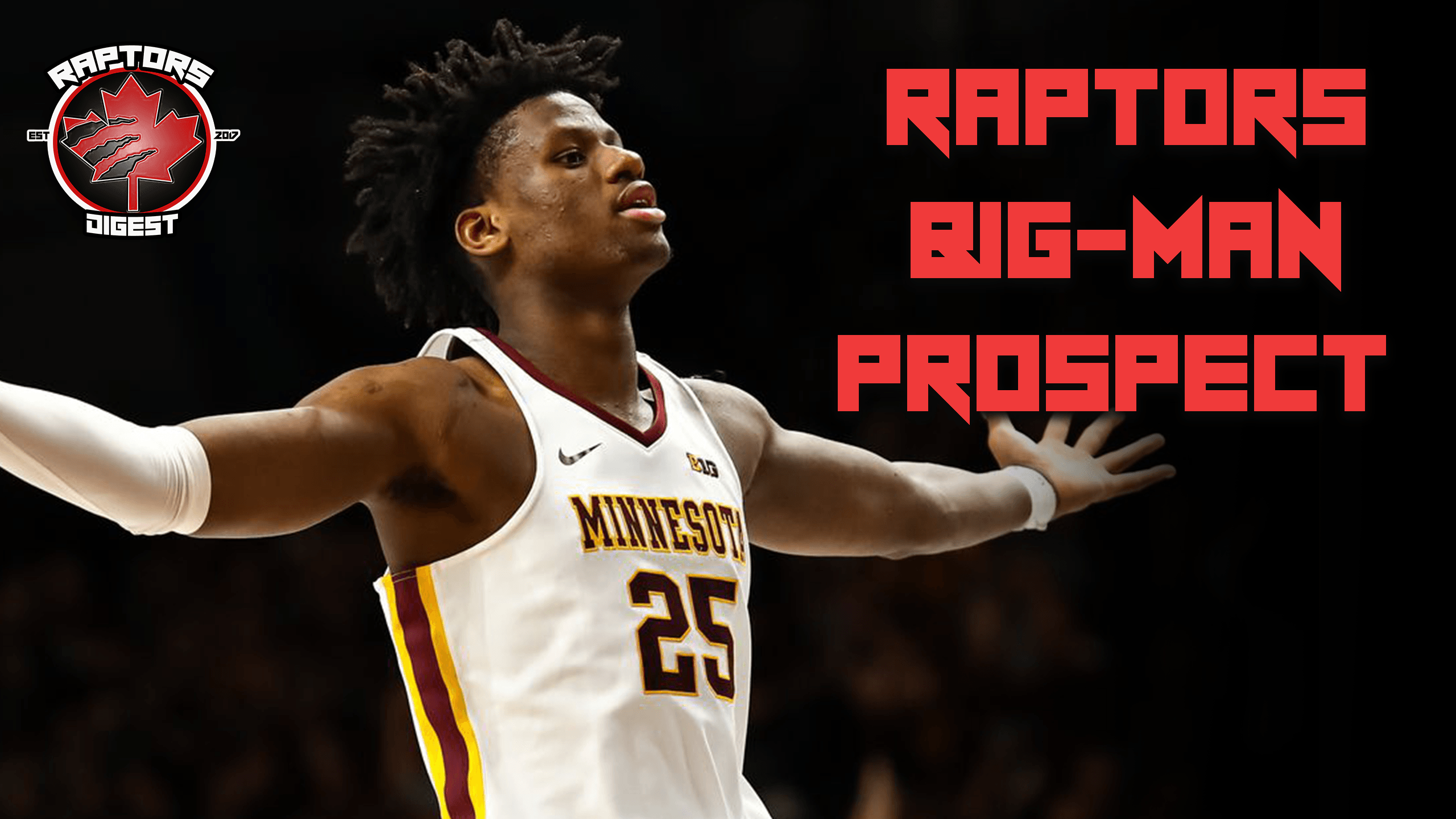 Recent mock-drafts have forecasted the Minnesota big man to be drafted in the mid-late first round. Sources like NBC have slotted him as deep as 30th overall, but his stock appears to be appreciating as the draft approaches. Deservingly so, Oturu is capable of providing immediate contributions at the next level. The 20-year-old sophomore stands at 7-feet and 240lbs, with a menacing 7’3” wingspan to complement. In light of these attractive measurements, some scouts remain vocal about him needing to add muscle-mass.

This criticism is marginal and common among rookie bigs; especially one of his length. Oturu is debatably the best rebounder and rim-protector of the entire draft class, dominating with 11.5 RPG and 2.5 BPG. In addition to locking up opposing Big Ten talent, he also scored at an elite 20.1 PPG pace.

If he remains available through the first-round, I could see the Raptors pouncing on the opportunity to draft him 29th overall. Toronto has an expired situation at centre; Gasol has departed for Barcelona, and Serge is a veteran whose contract appears promising but is currently a work-in-progress.

Toronto is home to many multi-year college players, and Oturu closely aligns with the Raptor blueprint for success. He is another ‘under the radar’ prospect with size, defensive prowess, and capable three-point shooting. Last season, Oturu connected on 36.5% of his three-pointers, while shooting 70% from the foul line. These are great percentages for an upcoming big. However, scouting reports cite a lack of fluidity in his shooting form; describing it as ‘overly mechanical’. Historically, Masai has prioritized a high-motor and defensive upside when drafting; which reflects a strong confidence in the Raptors’ development team.

Coach Nurse and company are certified shot-doctors; developing an ‘offensively raw’ roster into a top five three-point shooting team in the league. Oturu would be an ideal next patient; as he demonstrates all the tangibles necessary to become an impact scoring option, including his ability to contribute defensively. In regard to teams outside lottery-pick range, I would argue Toronto and Boston are the most actively in pursuit of a centre. The Celtics will be selecting twice before them; having the 14th, 26th, and eventually 30th pick in the first-round. Although I am skeptical, there does remain a decent chance Oturu stays available.