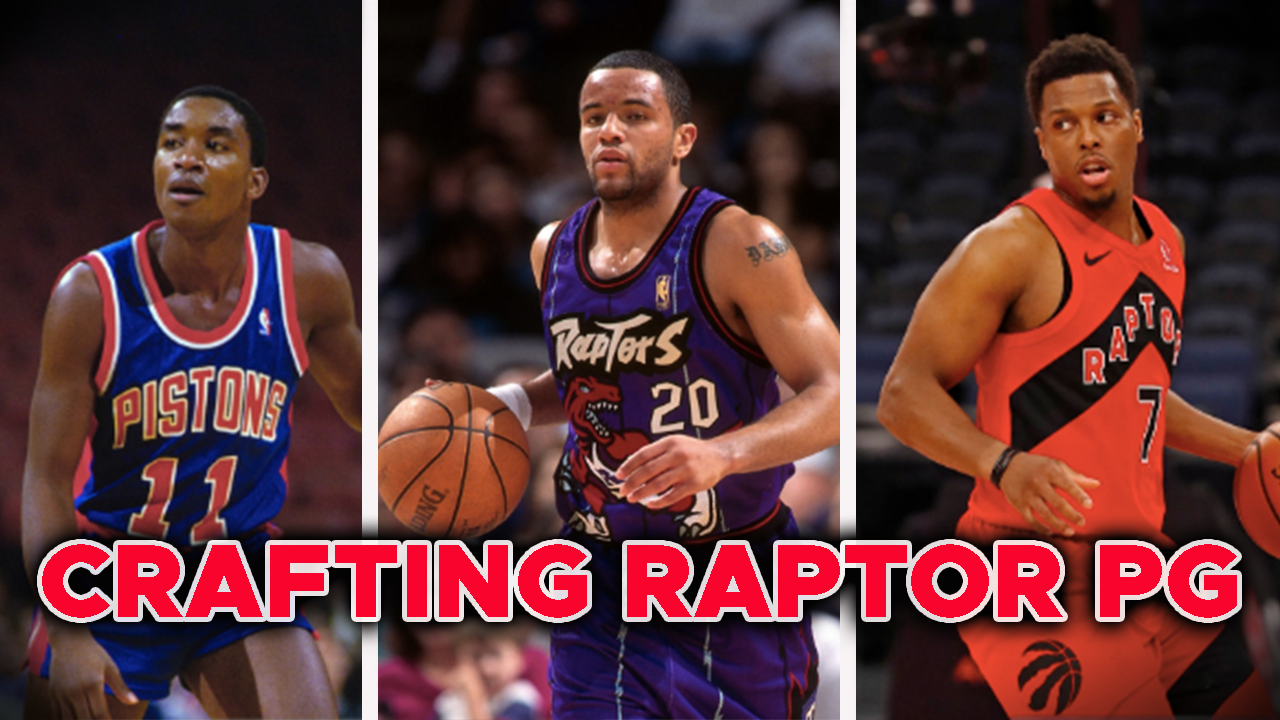 There hasn’t been much excitement amid Toronto’s 7-11 start to the season.

However, watching Kyle Lowry reach his 10,000 career-points milestone in Toronto was a special moment, despite it having to unfold before a fan-vacant arena in Florida. Regardless, everyone back-home could feel the goosebumps and appreciation for Kyle, leading me to reflect on the Raptors’ unique history at his position.

As I recounted the eras of Toronto Raptor basketball, it struck me that our organization has always demonstrated a clear preference for undersized, bull-dog type point guards. Although Lowry helped pave-the-way for smaller players at his position, such as Fred VanVleet and Malachi Flynn, he too is an expression of the many Raptor guards which came before him. It all began with Damon Stoudamire; the Raptor’s first official draft selection ever made.

Using the 7th-overall-pick in 1995, Executive VP and NBA legend Isiah Thomas informed the league that Toronto would be choosing the 5’10” point-guard out of Arizona. Stoudamire soon earned a spot on the 95-96’ NBA All-Rookie Team, and averaged 19.6 PPG, 8.8 AST, 4.1 RPG with 1.5 STL while playing for the Raptors. These monster numbers combined with his passionate style-of-play warranted him the loving nickname of “Mighty Mouse”.

After two productive seasons, some financial issues within the Raptors organization led to a mutually regretted falling-out with Stoudamire. The youngster had slowly won-over the city, as many fans were initially skeptical of Isiah Thomas’ decision to pass-up on power-forward prospect Ed O’Bannon, who was fresh-off an NCAA championship with the UCLA Bruins.

Stoudamire went on to vastly out-do the NBA career of O’Bannon, and I credit the seasoned eye of Isiah Thomas to see something redeeming in him. In a sense, the influence of Isiah’s career, who played the point-guard position at 6’1” with ferocity and championship success, helped to create a lasting expectation and preference for the positon in Toronto. This may be imaginative speculation, yet many other current and former Raptor point-guards seem to align with this trend.

A couple of years after Stoudamire’s departure, Toronto signed point-guard Muggsy Bogues, who is the shortest player in NBA history at 5’3”. Despite a lack of size, Bogues led the Raptors to a franchise record 45-wins and their first-ever post-season playoff appearance. Muggsy was certainly a fan-favorite, but he too only remained with the team for two seasons, eventually being traded to the New York Knicks.

By 2006, the Raptors signed a new franchise-piece at point-guard; Jose Calderon. The Spaniard stands at 6’2” with a very modest physical frame, leading many to classify him as an undersized player as well. To this day, Calderon remains atop many of the Raptor all-time records, as he spent the first seven years of his career playing here.

During the 2008-09 season, he averaged 12.8 PPG, 8.9 APG, 1.1 STL and set the NBA record for free throw percentage at 98.1%. In addition to being undersized, Jose played a fundamental, floor-general style that can be likened to Bogues and Stoudamire at different points in their career. Calderon surely did his part in passing that torch to Kyle Lowry, as the two served as teammates together for a couple of seasons in Toronto.

Kyle’s current playmaking and poise is reminiscent of prime Calderon, albeit Lowry is the far more accomplished scorer and player. Based upon these observations, it should be considered no coincidence that Toronto was first to extend 6’0” Fred VanVleet an NBA contract after going undrafted. The Raptors have learned from experience that hustle and basketball IQ can override physical ‘constraints’ at this creative yet demanding position.

Fred fits the floor general mold perfectly, and he openly expresses gratitude for Kyle Lowry in grooming him for the position. Once Lowry departs or retires, I hope this cycle continues with rookie point-guard Malachi Flynn, who Toronto drafted despite other pressing positional needs.

The 6’1” junior led his 2020 Aztecs team to a 1st-place NCAA national ranking, that is prior to cancellation of the March Madness tournament. In the process, Flynn also managed to secure Mountain West Division DPOY honours.

While most organizations look to draft the next 6’5” + point-guard, the Raptors' history is a testament to alternative routes. The fingerprints of NBA point-guard legend Isiah Thomas are all-over Toronto, and most fans don’t even realize it. He made our first-ever draft selection, forever changing our trajectory and experience. Stoudamire brought a toughness and skillset which I.T. could relate to and appreciate, leading the Raptors to choose him. As I’ve already explained, this move seemed to set a preference, or identity for Raptor point-guards moving forward.

Everything in life comes full-circle; so out of all the things Kyle could’ve worn to the championship parade, I think it says a lot that he chose a Damon Stoudamire jersey.