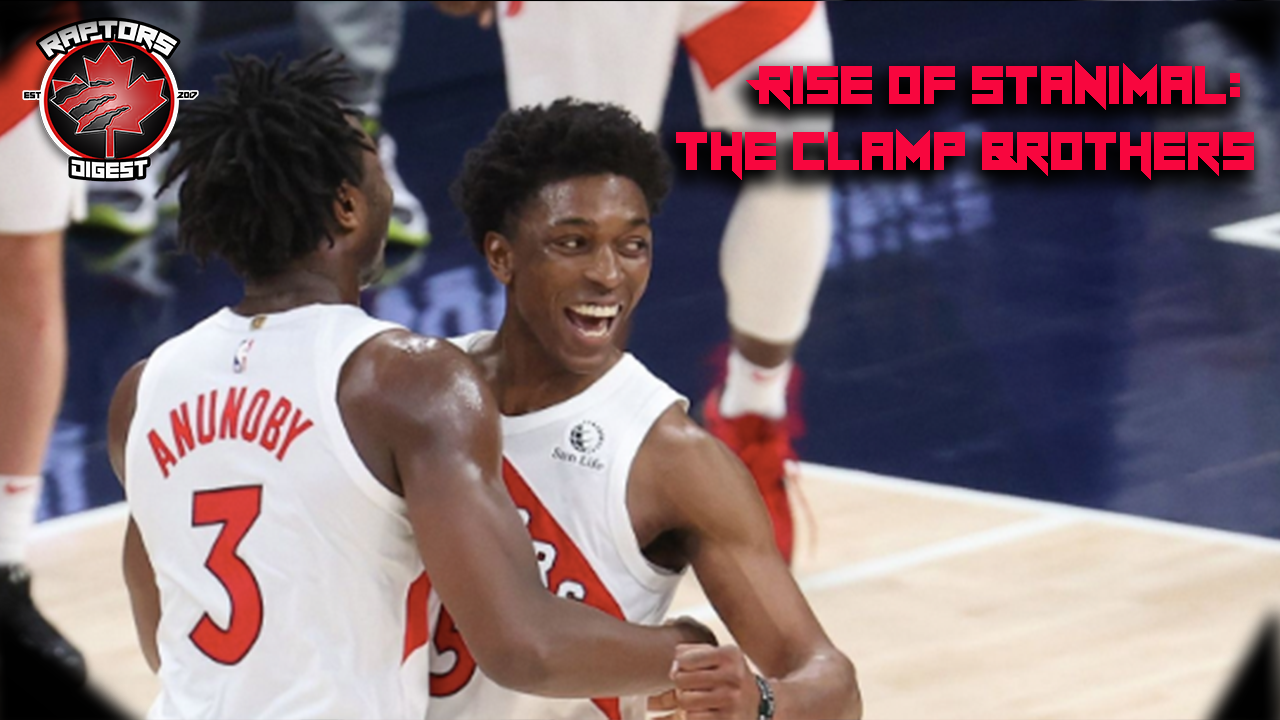 The Rise and Role of STANIMAL

For Raptor fans, the experience of winning a championship felt oddly short-lived.

Bitterly searching for replacement depth at wing, the Raptors managed to land forwards Rondae Hollis-Jefferson and Stanley Johnson during 2019 free agency. Both of these newcomers were largely regarded as defensive hustle players, but fans seemed especially excited about Stanley…

As the eighth-overall pick out of Arizona in 2015, scouts formerly raved about his athleticism and desire to play a two-way game. Many Raptor fans’ first impression of Stanley came watching him lock-up Kawhi Leonard in a loss to the Dwane Casey-led Pistons in November of 2018. Kawhi is actually a player which many reports have compared Stanley to, and on this particular occasion, he forced the superstar into five turnovers in the final 6:35 minutes. As someone who watched this match-up live, I can vouch; it was really impressive.

The 24-year-old Johnson has established himself as a menacing defender, but questions of consistency and offensive output continued to slow his ascension. In my opinion, this is the ideal type of player to fall into the Raptors’ lap. Masai seems to prioritize players with promising tangibles, as he remains confident in Toronto’s superb development system to instill lacking skillsets and strategy.

The Raptors inked Stanley Johnson to a 2-year $7.4 million contract, and fans are now starting to understand why… I would be lying to say the transition has been entirely smooth, rather it was a rocky experiment through the majority of last year, but Stanley is now starting to find himself consistently in the Raptor rotation. Coach Nurse has utilized him for a number of defensive assignments, most recently helping to shut-down stars like Luka Doncic, Malcolm Brogdon, Domantas Sabonis, and Devonte Graham.

I was an early critic of Stanley, he seemed impossible to work the ball through offensively and would suffer from poor basketball-awareness at times. However, following a lock-down performance in a closely contested 116-113 win over the Hornets, I have gradually begun to eat my words.  Stanley has continued to look promising within Nurse’s scheme, as just last week he was +20 in a massive home win over the Dallas Mavericks.

Last season really squandered my hopes of Stanley’s development, and for that reason, I have been an early and often skeptic of him. Yet his three-point shooting appears more-and-more convincing, as he is knocking down a career-high 42.1% on 1.3 attempts per game this season. Despite averaging only 3.0 PPG at the moment, he is recording career-highs in effective field goal percentage at 54.1%, assists (1.8), blocks (0.5), while averaging less than a turnover.

A large part of this success has come paired alongside OG Anunoby, combining forces as ‘the Clamp Brothers’. Clearly the ceiling for Anunoby is much higher, but this new duo has generated all types of trouble for opposing talent while seemingly bringing-out the best in each other. With an improved record of 5-2 since their 1-point loss to Portland on January 11th, the Raptors have demonstrated a visible increase in hustle and compete. Nick Nurse will continue to throw-out his ‘Clamp Brother’ pairing these next few games, and I hope this helps Stanley consolidate a lasting role off the bench.

He’s finally showing the signs of development we’ve been dying to see, and there have only been positive managerial comments regarding his work ethic and demeanour. Whether or not Stanley becomes a lasting commodity, he’s at very least helping to re-direct the sail of Toronto’s otherwise lacklustre season.

Stanimal is beloved by his team; let's hope it continues to work out for both parties.