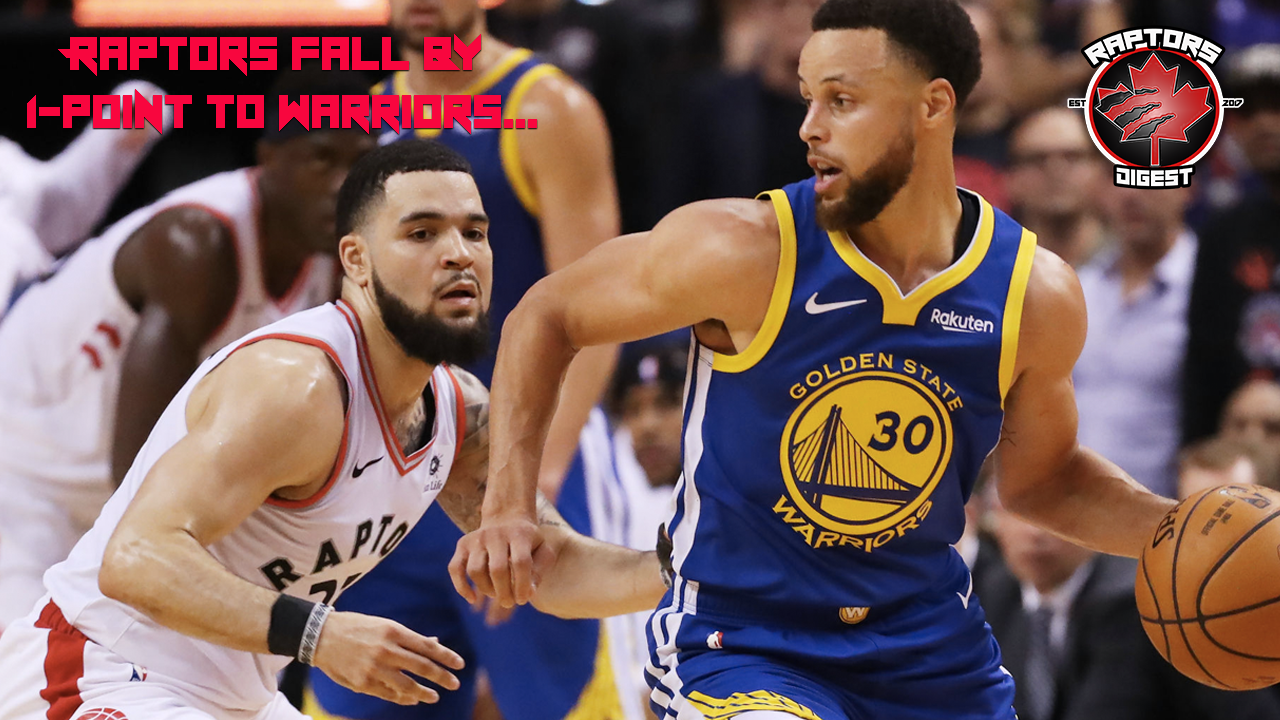 He needs to be the opening topic of conversation…

Last night, Chris Boucher recorded 15 points, 6 rebounds, 1 steal, and a mind-blowing 6 blocks against the Warriors. This must have felt amazing for him, as he began his professional career in Golden State playing with their G-League affiliate in Santa Cruz. Given the Warrior dynasty of the past decade, the younger Boucher struggled to crack a star-studded lineup, eventually being waived in 2018.

In my opinion, Chris Boucher has quickly become our most exciting player. In only his first nine games, Boucher has recorded 23 blocks, averaged 13.7 points and is pulling down 6 boards nightly. Additionally, he is shooting a scorching 42.9% on 3.1 three-pointer attempts per game. Boucher’s confidence has always been sky-high, and his numbers are finally starting to reflect that shooter mojo he flashes on the court. The Canadian big-man is celebrating his 28th birthday today, but there is still much room for development in his game.

Despite being a great defender, the man cannot seem to stay out of foul trouble. He fouled out against Golden State, and was forced to the bench during crucial minutes due to three early personals. Without these mistakes, perhaps the Raptors don’t experience such a crippling mid-game drought. Lacking a traditional centre’s frame, I find Boucher struggles to fully clog lanes, which forces him to makes plays on the ball more often. Although he’s coming up with 2.6 BPG, he consistently ends up fouling or trailing the attacking player, leading him out of position for the rebound as well.

Offensively he shows a ton of improvement, and despite a rather unconventional repertoire, he seems to be converting in the paint. However, he naturally looks to an awkward, two-handed layup when finishing, opposed to flushing the ball with dunks. This is something OG can improve on as well, but so long as Chris Boucher keeps making these circus shots, I’ll keep my mouth shut.

I really was not a huge Marc Gasol fan by the end of it all, but I certainly miss his ability to box-out and provide lane deterrence. Some added size and experience will help Boucher in this department, as the reminder of his game is currently blowing fans away. He shows signs of Jarrett Allen-like potential, but can provide even more floor spacing.

Boucher may never perfectly fit the starting centre mould, yet some added chances will offer him an opportunity to prove critics wrong. Plus, I don’t see either Len or Baynes adequately rising to the challenge at the moment... As a team currently sitting at 2-7, our coaching staff can afford to take some risks.

This another player who impressed against Golden State…

I was not sure what to expect from Yuta Watanabe coming over from Memphis, however, he appears capable of filling Rondae’s previous high-energy scrap forward role. Although I want more minutes for DeAndre Bembry, I am encouraged by what I see from Yuta. Checking into the game at 3:23 remaining in the first, Coach Nurse has clearly opted to give him some more early minutes.

The 26-year-old forward has responded last night with good attention to defensive assignments, and was able to connect a timely three-pointer for the Raptors. Despite playing less than 9-minutes, he added a pair of rebounds and blocks on the defensive end before falling into early foul trouble. Albeit small sample size, Yuta is also shooting 42.9% from three-point range. Additionally, he was +17 in less than 20 minutes of play against the Kings on Friday, granting him some early opportunity from Coach Nurse.

Yuta played with a lot hustle against Golden State, but he needs to become a more physical rebounder without fouling. Similar to Boucher, Yuta shows good defensive smarts and speed, but lacks an imposing frame. Although he only scored one basket against the Warriors, I was impressed by his shot-selection and decisions with the ball.

I still don’t have much in terms of expectations for Yuta, but he seems to take care of the things which Coach Nurse prioritizes from his players… For that reason, I believe his playing time will continue to be extended over the next few games.

Flynn Needs to be More Active

If you are going to brand yourself as a floor general (which he is), then you need to keep your feet moving offensively with the ball.

Flynn has done a ton correct, and his fundamentals look solid even when coming-up short. In 12-minutes against Golden State, he recorded 0 points on four missed shots, while collecting 1 rebound and 3 assists. Not great, but he was also playing alongside both Lowry and VanVleet together at one point, so it’s not overly surprising that he restricted his shot selection.

However, his lack of offensive output was not my predominant concern. Flynn sometimes looks too pre-programmed with the ball, and rarely dribbles through the middle to create for others. As a smaller guard transitioning to the NBA, this is an expected rookie hiccup and likely all part of his development.

I am confident his stat-lines will continue to grow, but I want to see him flick that attack switch more often, even when he’s not necessarily looking to score. With his quickness and handle, Flynn should be drawing way more doubles off the dribble, allowing him to facilitate to others. Yet he has not developed that confidence yet, and as an undersized point-guard, he will need to look hungrier with the ball in his hands.

Regardless, Flynn is still demonstrating that he’s an elite defender. Despite a rookie foul on Steph Curry, he has not looked out of place covering elite guards. Also, his three-point shot may be off at the moment, but I am certain his floor stretching ability becomes one of his greatest strengths as the season progresses.

Although they came-up short, top-end players like Fred VanVleet, Kyle Lowry, and Pascal Siakam spearheaded an honorable come-back versus the Warriors.

Seeing all of these names perform in the same game was nice, as namely Siakam is starting to hit a scoring stride once again. He’s scored 74-points over the past three-games, improving his aggression in the paint and knocking-down the three.

Despite a shaky start to the season, Fred has been great for Toronto as of late. After dropping a 34-piece on Sacramento, he provided another solid offensive output versus the Warriors; collecting 21-points, 5 assists and 5 rebounds. Efficiency becomes an occasional issue for Fred, but I love that it never shakes his confidence.

As the Raptors trailed by 10+ during the middle of the game, it was Fred connecting on tough looks, essentially willing his team back into the match-up. Even in the final minute of the game, Fred connected on a crazy, off-balance mid-range shot, then made a diving defensive play on the other end to get the ball back. Curry never has a fun night when he’s guarded by VanVleet, being limited to 11 points in the appearance.

Things are business as per usual for Kyle Lowry. He’s been out there making shots, taking charges, working the refs, and directing traffic on the floor. The 35-year-old recorded 17 points, 9 rebounds, and 6 assists in the losing effort at Golden State.

The re-assertion of our top-end talent is good for a few reasons… In addition to helping improve the miserable team record, it will also boost the trade value of these assets. Not saying there needs to be a blockbuster trade, but when you sit at 2-7, these discussions inevitably happen in front offices. With especially Lowry still showing-out, there is a chance we get lasting value if Masai moves him as a rental to a contender.

Watson or Bembry Over Stanimal

I respect the effort and athleticism of Stanley Johnson, but that’s essentially all he’s got.

After riding the bench for nearly the entirety of last season, Stanley Johnson has been given some leash from Coach Nurse this year. He’s a crazy energetic defender… potentially to a fault. Although he’s constantly disrupting the offence, I find him overly mobile in the defensive scheme, leading him out of position and often into foul trouble.

Stanley recorded 3 points and 2 steals against the Warriors; but he continued to just scare the hell out of me when he touches the ball… His performance in Golden State was not poor, but I think forwards like Paul Watson and DeAndre Bembry can provide the same defensive energy with added offensive output.

Over the past couple seasons, Pat McCaw is the only player I have seen Coach Nurse develop an odd affinity for. However, if Stanley Johnson continues to receive these minutes without offensive improvement, then you can add him to that list.