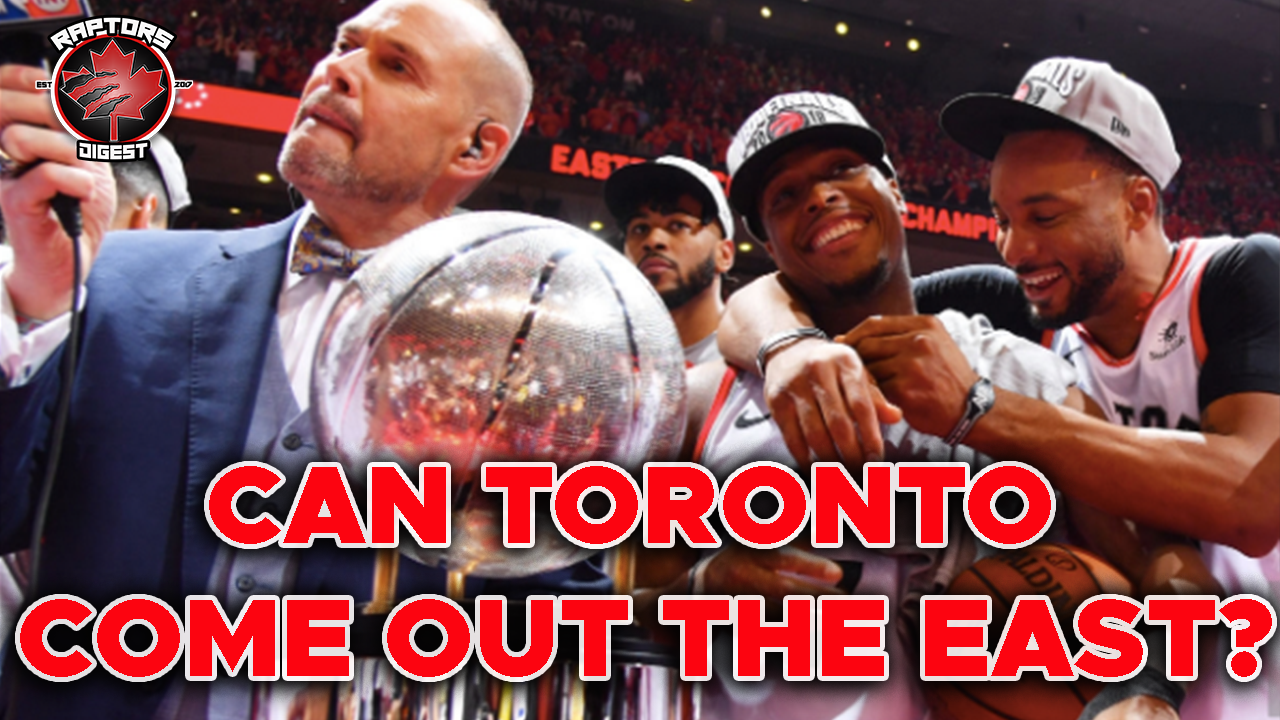 Raptors: SLEEPERS of the EAST?

After a horrendous start to the season, the Raptors have seemingly found their form, as they are currently positioned within the Eastern Conference playoff picture. Amid their shocking 2-8 start, reasonable and genuine questions were being raised about the team’s general direction…

However, given the recent turn-around and lack of competition in the East, it isn’t a stretch to say that the Raptors have a chance of reaching the Conference Finals. The team which comes-out of the East will inevitably need to overcome the Sixers, Nets, Celtics, and Bucks. Yet upon closer analysis, none of these teams are in true perennial contender form; reflecting various flaws in roster construction.

The Sixers currently sit atop the Eastern Conference, posing the most difficult test for Toronto in a seven-game series. Ben Simmons and Joel Embiid would be looking for revenge, and the Raptors' lack of a legitimate seven-footer would make for a complete mismatch. However, Nick Nurse has a knack for limiting star players, and over a seven-game series, with constant concerns surrounding Embiid’s health and conditioning, the Sixers are by no means bulletproof. The Raptors are a battle-tested group, and size alone will not be enough to overcome the schemes of Nurse…

The Nets have configured a trio of the most gifted scorers in the league. When healthy, it’s hard to imagine being able to stop Harden, Kyrie, and KD with each garnering so much attention, so their key to success is avoiding injury. Kyrie has struggled to stay on the court throughout the last three seasons, dealing with knee and shoulder issues. KD is also coming-off a major achilles injury, and although I never wish for injuries, the lack of depth on the Nets can pose a very real threat to their contention status.

It’s important to remember this trio has less then 20-games together, compounded by on-going COVID protocol and load management. These factors, in addition to missing key bench-cog Spencer Dinwiddie, will likely delay the chemistry needed for the Nets to truly contend. The Raptors game-plan against these MVP calibre players has always been to take the ball out their hands, and if they can do this to a certain degree versus Brooklyn; I like our depths' chances.

Back-to-back road wins against the Bucks this past week should be a pivotal turning point in this season, providing a revitalized confidence against the top teams. A series against the Bucks would also provide a revenge narrative as the Raptors won four-straight against them on route way to their first championship. Although the Bucks have made some major moves this off-season, such as acquiring Jrue Holiday, the Bucks are a team where I have to see it to believe it.

They still lack a bonafide shot-maker when it comes to close-out time. Some people think that Holiday or Middleton can be that guy, but like I said… I have to see it to believe. Jrue has only seen success in one playoff series in his career, and he may not be as ‘clutch’ as everyone believes. Khris has also shown inconsistencies come playoffs, and along with Coach Bud’s questionable playoff history, this Bucks team could be on the outside looking in once more. The Raptors have always stepped up against them whenever they faceoff, Norm and Freddy especially, and we would be a very confident team going into that series.

The team that knocked us out last year seems to have taken a step back this year, as they currently sit one-game above .500 and have lost a key piece in Gordon Hayward. I’d be willing to bet a playoff series against this team would go down to the wire again, but let’s not forget the shot-making of Marcus Smart last year, as he miraculously overtook that series. The Raptors also have a batch of wing defenders to throw at Jaylen Brown and Jayson Tatum, and considering Fred’s progression this season, attacking Kemba Walker could be a likely option come playoffs.

The Raptors are one of the most battle tested teams over the past five-years, and this experience can go leaps and bounds when it come down to a grinding seven game series. The whole roster has proven it on the grandest stage, and if we can get the past the hiccups which occurred in the bubble last season, there’s a legitimate shot at coming out of the East.

Each team has some flaws that could naturally arise come playoffs, and as we know in sports, anything can happen and Toronto is the type of team that never ceases to take advantage. This Eastern conference is tighter than I first thought, and its really anyone’s throne to take at this point, so why not the Raptors?

Great article, however i'm beginning to put into question our "dire" need for a true big man. Games against the Bucks and the 76ers have proven that through blitzing and/or double teaming, even the best of bigs can be locked up. And the ability of a number of our players to be able to score over 20 points on any given night really emphasizes how much of an offensive threat the Raptors really are. For that reason I think teams like Brooklyn, Philadelphia and Miami are beatable (Boston has a similar array of scorers, which would make for an interesting matchup), but teams from the West such as the Trail Blazers, the Clippers and the Lakers surpass our level. When it comes to clutch scenarios, Siakam has proven us too often that the pressure can take the better of him, and without a change in playmaking by Nurse or a newly arrived number one option, I don't see the raptors going all the way.