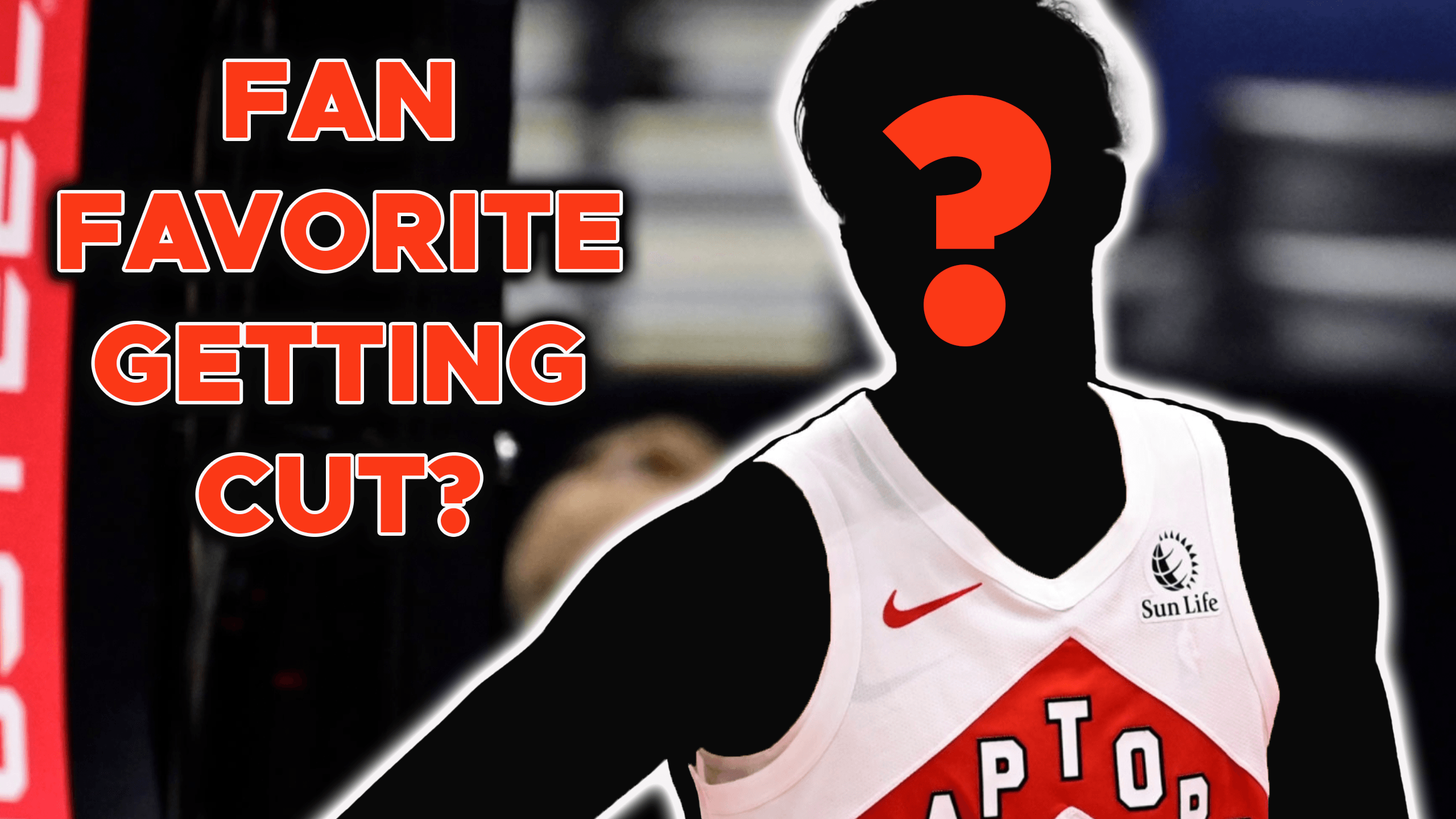 I’ve said it before and I’ll say it again - the Raptors are amidst the single most peculiar season of NBA basketball they have ever played. They’re playing in Tampa amidst a pandemic-frenzied world, sure - but they also started 2-8, don’t have an All-Star, and are still somehow 4th in the East? I told you it was weird. Perhaps the most unusual aspect of the season thus far, however, has been in Nick Nurse’s rotation(s). In the past few seasons, Nurse has definitely had to keep things interesting. There have been stages where he played 8 strong in the regular season, and stages where he played 11 deep in the playoffs. However, these stages have all come with some form of consistency. This season, we’re yet to see such a thing. Perhaps we don’t quite have the personnel we used to, or maybe new changes have made decisions more difficult, but ultimately we never really know who’s going to play for the Toronto Raptors on game day. So who should it be?

17 players have suited up for the Raptors this season, some yielding greater results than others (we’re looking at you Alex Len). Of these 17, there are some who, of course, are simply always going to play if they’re healthy. Kyle Lowry, Pascal Siakam, Fred VanVleet, OG Anunoby, and Norman Powell are all essentially guaranteed to be on the court every night they can.

So that’s 5 guys set in stone - but you need more than 5 guys to win basketball games. Chris Boucher has had an unbelievable start to the season, and has appeared in more games for the Raptors than anyone else at 34 (tied with Fred VanVleet). His body type and play style mean that he occasionally becomes hard to play defensively (bar the occasional swat at the 3 point line), but most nights he can expect at least 20 minutes.

A recent string of injuries and missed games has forced Nick Nurse to choose his 4th option guard, and he’s seemingly chosen DeAndre’ Bembry. The former Hawk had a rough start to the season, with numerous DNP’s and garbage minute games. However, he’s been able to turn that into 4 starts and 25 appearances, and has shown Nick Nurse that his defensive awareness and reliable perimeter play make him the best guard available off the bench with Norman Powell amongst the starters.

The last of “the likelies”, and potentially the most questionable of the bunch, is Aron Baynes. Every Raptors fan knows just how poor of a season he has had. Our big free agency signing, who was somehow expected to replace both Serge Ibaka and Marc Gasol, has instead struggled to play more than 20 minutes a night. He’s averaging less than 6 points and 6 rebounds on truly abysmal shooting, and has single-handedly reminded many fans what it was like to watch the Raptors before 2013. Baynes’ sheer size and frame makes him a palpable rim protector, and against bigger teams like the Sixers and Nets, Toronto needs that. When he seems to find his scoring touch he looks like a positive contributor, so his role in the team, while likely remaining diminished to the bench, will probably not disappear.

With 8 names signed up, there are two big questions unanswered - how many players does Nick Nurse want to play, and who should get those final roles? These are hard to answer, and have little data to support them. Come playoff time, it’s most likely Nurse won’t extend past 9 names. However, for the regular season, it seems likely to go with 10 or 11 each night. So who is available, and why should Nurse pick them?

Terrence Davis - The combo guard is, according to Nurse, one of the best shooters in the team. His defensive inconsistency and off-court behaviour have diminished his role this season, but he’s still shown what he can do. The 23 year old sophomore has appeared in 28 games, including 2 starts, and (if he can keep his act together) shows promise to at least be at the end of the rotation.

Yuta Watanabe - At 6’9, Yuta Watanabe provides an interesting option for the Raptors. Listed as a 2/3, Yuta has suprisingly seen most of his minutes come at the 4, and even some small ball 5. The Japan native saw his career blossoming when Nurse started pulling him off the bench late in the 1st quarter or early in the 2nd - an opportunity he might not have expected. However, Yuta seemed to get too comfortable and take some shots that might not have been efficient. If he can stay in his lane as a mobile 3 and D wing, Yuta is one of my picks for the rotation. If not, he probably has to ride the bench - 39% from 3 is great, but 36% from the field is a hard pill to swallow.

Stanley Johnson – Imagine if OG Anunoby couldn’t shoot and was a slightly worse defender - well, that’s Stanimal. Johnson started the season with a supposed revitalisation arch to his career, earning some big minutes and even a start to accompany his 30 games played. He’s shooting a remarkable 39% from 3 this season, looking confident in the corners and when he’s open. Unfortunately when he’s guarded, he seems to look a bit frazzled, and he hasn’t earned many significant minutes for the last month. Johnson could definitely see himself back in the rotation, but in my eyes, he’s more likely going to be injury insurance.

Some guys who might have expected an opportunity this season just haven’t really gotten it - or have, and blown it. With 11 names seemingly ahead of them in line, these players will count themselves lucky every time they step foot on the court.

Matt Thomas - Matt Thomas might be my favourite Raptor - there, I said it. Mr. 99% pulling up on a fading catch-and-shoot seems to never miss - and it makes for some incredibly entertaining basketball. Sadly, you can almost guarantee that whatever he gives you on offence, he’ll donate right back on the defensive end. Thomas is frankly a bad defender, and teams have been able to dominate him when he’s on the floor. At 26, he may still have time to learn enough to have a playable NBA career, but the clock is probably moving faster than his feet are.

Malachi Flynn - Our 1st round pick has shown some real promise. However, he’s been assigned to the G-league bubble and is out of contention to play with us for the time being. I don’t imagine he’ll really be an impactful player for the Raptors this season, but I’m excited to see what he brings to the table after some learning opportunities with the 905.

Patrick McCaw - Okay okay, hear me out. If Stanimal is like OG but a worse shooter and defender, McCaw is like Stanley but an even worse shooter and injury prone. McCaw just never seems interested in shooting the ball. He’s a passable defender and looks like a good distributor at times, but his injury history and lack of motivation on offence means he doesn’t make the cut for me. He has 3 rings in 4 years, though, so I’ll keep him on the roster as a good luck charm.

Paul Watson - Paul seems to be a good shooter and a strong defender, with great size and mechanics all-around. He’s never really had a chance in the rotation to prove himself, but he looks good whenever he plays. I see his role looking kind of like Malcolm Miller’s - probably a decent NBA player, but serving as insurance for a team in case everyone else gets hurt. I’d like to see him back in the G-league to have an opportunity to play, but for now, his shot at making the rotation looks slim to none.

To me, the Raptors have 10 players who can be relied on to make up the vast majority of the rotation. Those 10 look like this - Lowry, VanVleet, Norm, OG, Siakam. Off the bench - Boucher, Bembry, Baynes, Davis, Watanabe. If Nurse needs defending, I think Johnson is a great luxury piece, and Thomas can fill that same luxury role on offense.

Ultimately, I don't see those 12 as being enough to compete for an NBA championship - so what holes do we need to fill before the trade deadline? Who do you think should make up our rotation? Let us know in the comments!