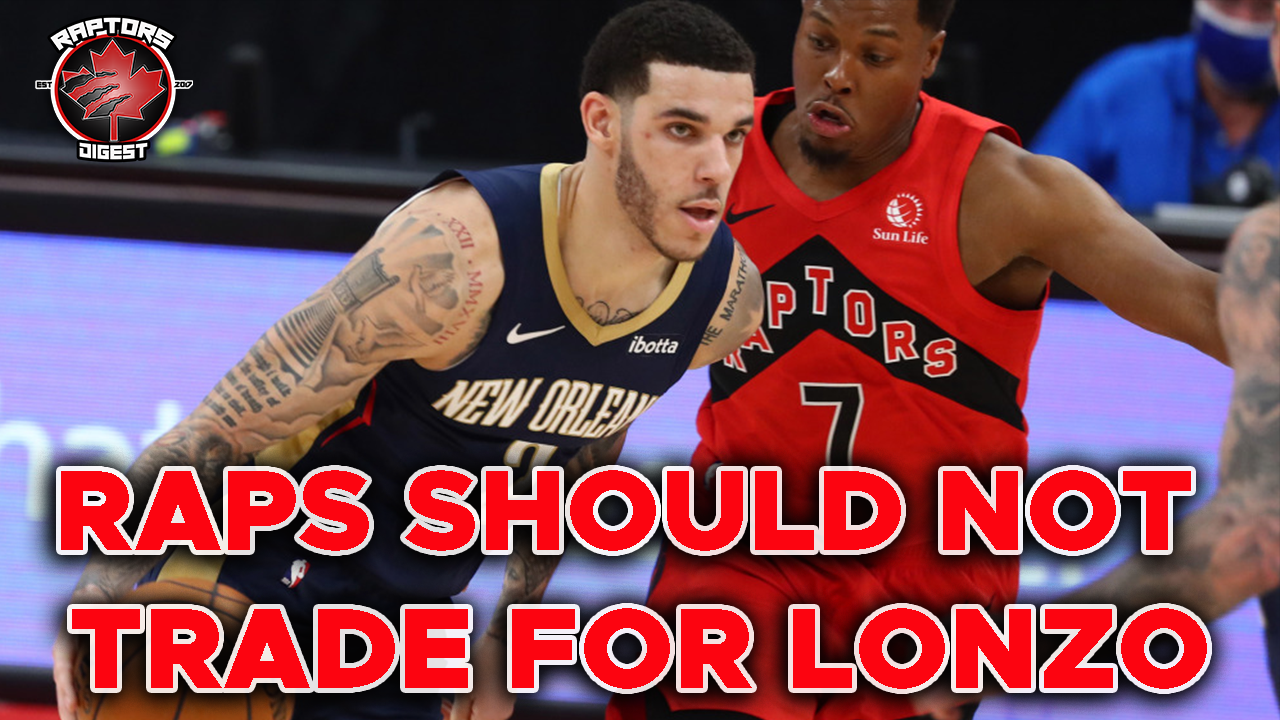 With the Pelicans struggling to start their first season with real expectations, rumours surrounding Lonzo Ball have intensified around the league as his lackluster play has contributed to their sluggish start. The Raptors have been one of the teams linked to him over the past few weeks, and although the Raptors season isn’t looking particularly bright in its own right, trading for Lonzo is not the right move in the long-run.

On paper, Lonzo represents the ideal point guard as a 6’6” pass first floor general; however, inconsistency and some major holes in his game have made the idea of Lonzo Ball a lot better than the reality. Even with his most recent “explosion” against the Bucks dropping 27 points, and 8 assists on 7/13 3pt shooting, he failed to register even one free throw attempt! This is a huge problem in his game, and he has not shown any signs of improvement in this regard throughout his first four-years... As he’s only made 104 of his 209 free throws (49.8%). It is unbelievable that he’s in his fourth season with these totals.

Lonzo is straight up scared of the free-throw line, and this is a big hole for someone who’s supposed to “run” an NBA offense. Not being able to get to the stripe as a point guard hinders an offense completely, as this can be used as a measure of how much the defense is being broken-down and Lonzo doesn’t even qualify for most free-throw stats because of his lack of attempts. This means that in a 5-on-5 set offense, he becomes exclusively a three-point shooter which is reflected by over 60% of his field goal attempts being taken from three this year. Lonzo’s lack of function in a set offense, outside of being an inconsistent shooter, makes his ceiling as a player much lower than previously thought. Unless his handle and confidence around the rim improve, his value as a starting point-guard around the league will be limited.

If the Raptors did choose to trade for Lonzo, he would definitely add some defensive length as he is a very tall point-guard who has proven himself as one of the better guard-defenders in the league. His length would add versatility to our guard positions, although Fred and Kyle are elite defenders in their own right, Lonzo’s length and basketball IQ could add another element on the defensive end. Another aspect of the team that Lonzo would bolster is the fast break; which is essntially where he makes his living. Lonzo has displayed full-court passing ability with beautiful lob passes to Zion throughout their early stint. One can only envision these over top the passes to a streaking Pascal and finding seams for highflyers Norm and OG.

Although these thoughts and images do exist with Lonzo in a Raptors uniform, if the raptors do have championship aspirations, Lonzo Ball’s fast break presence would become extremely limited come playoff time as teams run back on defense, tigthening up on easy buckets. The game slows down in the playoffs, excaberating his inefficiencies in the 5-on-5 set even more . Also, free throws are so crucial down the stretch, and Toronto is well-aware of this value, as they lead the league in FT% (83%) during their 2018-19 championship run.

With all this taken into consideration, we also have to remember the price we’d have to pay to get Lonzo. Additionally, one should remember that he is a restricted free agent this summer as well. Would Kyle be a part of the deal? A first round pick? Those assets could be spent elsewhere with not as much risk. A scenario that could play-out with Lonzo this summer is a team overpaying for his services, leaving us handcuffed. It wouldn’t be a surprise if a team did this, as he is a box-office name and was formerly drafted 2nd overall, thus the Raptors would have to match these offers in order to keep him. Would we match if a team offered him a 3-year $50 million? That would lock in our core as Lonzo, Fred, Pascal, and OG for the next 3-years. Is this a good enough core to make a run at the title?

With the large flaws in Lonzo’s game, I am voting no to a trade for Lonzo Ball. The idea of Lonzo covers up the gaps in his game, but no significant signs of improvement have surfaced since entering the league. I am a fan of Lonzo and think his environment does have something to do with his inconsistencies, however, this would not change in Toronto with other guards in our rotation that provide more consistent offense and defence. Especially considering the difficulties that could come the summer time, a trade for Lonzo could be a very risky move for the Raptors.