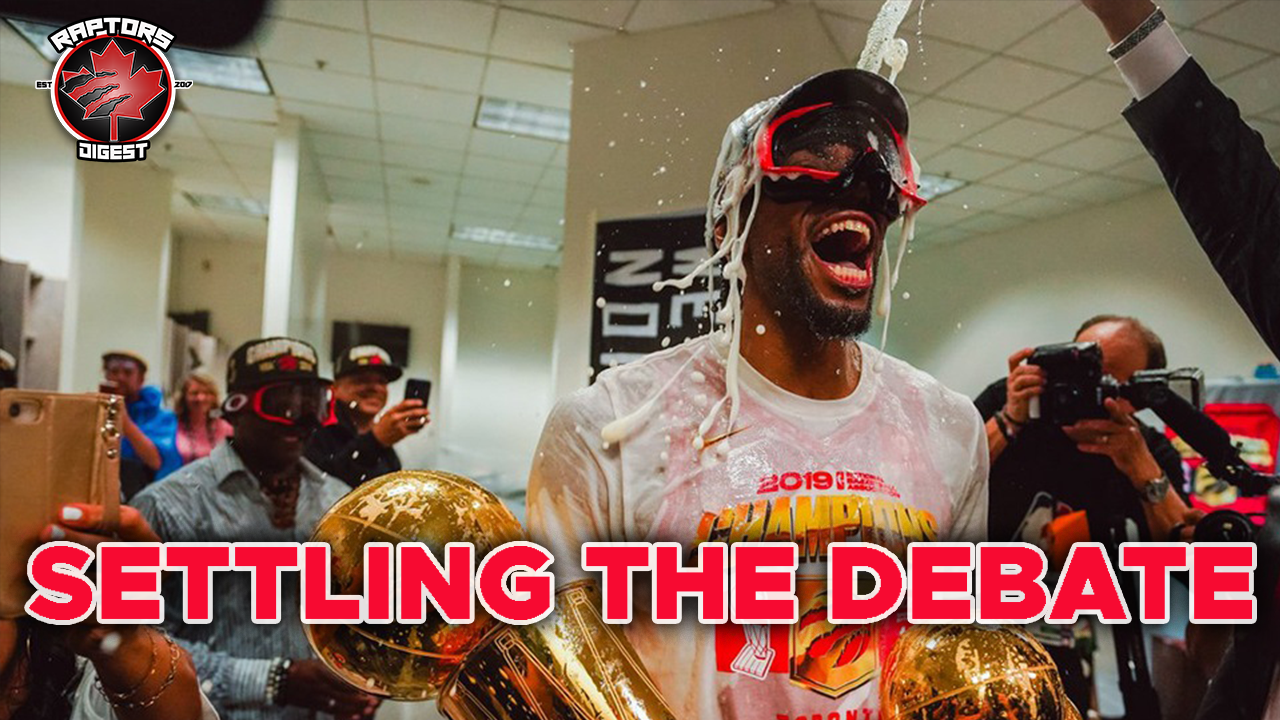 It’s been a bizarre season in the NBA, and especially so for the Toronto Raptors.

After being exiled from Canada and losing marquee free agents over the off-season, the team seems to have fully lost its contending swagger. There have still been great individual storylines throughout the season however, such as the rise of Chris Boucher, Stanley Johnson, and most recently a 54-piece dropped by the undrafted Fred VanVleet. For the first-time in a while, Raptors nation will need to accept losing verdicts due to an excess of youth and lack of positional depth.

Understanding this, many fans have been circulating our 2018-19 Toronto team photo online; pointing-out how truly ‘stacked’ the team was just a couple years ago. I could not help but acknowledge the many defensive stalwarts who filled-out that roster; across every position it seemed, even without a healthy Anunoby. This brought me back to an article I’ve been meaning to write for some time; a counterargument to the many critics who attach an asterisk to the 2019 Championship.

I understand that both Kevin Durant and Klay Thompson wound-up with devastating injuries, clearly effecting the trajectory of that series. The most traditional and basic counterargument one can make for Toronto is that “you can only beat who the opponent puts in front of you”, which is entirely valid. Yet my argument plans to go much deeper, attacking the very structure and concept of the ‘super team’.

I have never once argued that Golden State didn't deserve their back-to-back titles with KD, he was able to stay healthy within the super-team scheme he signed into. However, with a concept as controversial as ‘the super-team’, should there not be a calculated risk associated with pursuing such a bold route? There clearly is, but the reason I pose it as a question is because some fans appear to not understand the inherit nature of injuries to sports. As an NBA front-office, managers build their roster with full acknowledgment and awareness of a sliding degree of injury possibilities.

Rather than accumulating depth to supplement a flourishing championship core, the Warriors prioritized signing free-agent Kevin Durant in 2016. This acquisition was controversial from a number of angles; but I certainly did not judge their front-office decision to add an MVP calibre player during his prime. For the first two-years of his contract, the calculated risks associated with frontloading an NBA roster fortunately paid-off for Golden State, winning back-to-back.

Fast-forward to the 2019 NBA Finals versus Toronto, this Warriors team encounters a Raptors group that is constructed in a much different fashion. As I mentioned above, and as I’m sure you already know, Toronto’s roster was built to be a next-man-up defensive machine, stocked with ‘willing’ scoring options.

First-and-foremost, KD was in no condition to return into the lineup; so for that reason, we should not act as though he was a viable solution for the Warriors at the time. Durant’s injury was a ticking time-bomb, but as for Klay Thompson, he tore his ACL on a considerably dangerous foul from Danny Green. Thompson played the majority of the series prior to the third-quarter of Game 6, and I do admit that he potentially could’ve pushed it to Game 7.

Yet that remains merely an imaginative hypothetical, because nobody can change the unfortunate reality of happened, and Toronto still led the series with him healthy. Also, there is no-promise that a Game 7 in Jurassic Park translates to another championship for Golden State, despite their fans imaginative claims.

Even accepting those critical blows to your line-up, Golden State was still left in the championed hands of 2x MVP (first-ever unanimous) and best shooter of all-time Stephen Curry, the 2017 DPOY in Draymond Green, former All-NBA big-men in DeMarcus Cousins and Andrew Bogut, Finals MVP Andre Iguodala, with other serviceable role players like Kevon Looney, Quinn Cook, Shaun Livingston, Damian Jones, and Jonas Jerebko. Those defending champions, led by decorated Head Coach Steve Kerr, fought-back but could not prevail against the depth and defensive prowess of Toronto.

The Warriors went all-in early securing a championship big-3, and they doubled-down by adding superstar Kevin Durant into the mix. The management in Golden State invested a ton of money and prominence into their top-core of players, and they were ultimately rewarded for that. However, as Raptor fans have learned recently, change is constant and there is no way of forecasting all circumstances, negative or positive, to come your way.

For the Warriors, poor circumstance came in the form of untimely injuries, but to use this as ammunition to invalidate a historic title-run on Toronto’s side is ridiculous. Some Raptor fans may be surprised to hear of this sentiment, and I am here to ensure that our players are not regarded as ‘second-class champions’ because of it.

Had it not been for Zaza Pachulia injuring Kawhi in the 2017 Western Conference Final, the Spurs may have surmounted to a different outcome. Also, on the brink of elimination versus a 2018 Rockets team that just lost Chris Paul to a hamstring injury, the Warriors further benefitted from a stretch of 27-straight missed three-pointers from Houston to win Game 7. Golden State is no stranger to good fortune when it comes to opposing injuries, and for nearly that reason alone, any asterisk on Toronto’s championship should be dismissed.

A playoff series goes far deeper than individual performances, it’s also a match-up of coaching, team resiliency, and organizations at the core. Toronto was the first champion without a single lottery-pick on the roster, a much different approach than Golden State, especially following the addition of KD. The Warriors gambled on another year of health and success for their top-guys; something which is never guaranteed.

Although this Raptor team existed for essentially one-season, they were deep enough to spread both the defensive and offensive load most nights. Even with Kawhi hobbled to one-knee during the Finals, Siakam came-out in Game 1 posting a line of 32 PTS, 8 REB, 5 AST, and 2 BLK, while Lowry helped to finish the Warriors off with his 27 PT, 10 AST, 7 REB performance in Game 6. Let’s also not forget the dominance of Fred VanVleet, who earned a Finals MVP vote while guarding legendary point-guard Steph Curry all series.

Kevin Durant’s pre-existing injury does not undermine that team’s success, as they still managed to beat the Warriors championship core from years past. From start-to-finish, the Raptors looked more prepared and resilient than Golden State. I credit Toronto’s bottom-up approach to building their roster as a prevailing factor, and injuries to both KD and Klay simply stand as reflections of the harsh reality in sports. A harsh reality the Warriors have inversely benefited from too.

Apparently the Warriors were not the only team with championship aspirations in 2019, given the NBA arms-race which proceeded through the year. Toronto kicked it off early in the off-season acquiring rental Kawhi, Philadelphia then landed rental Jimmy Butler, the Bucks traded for Nikola Mirotic mid-season, and then Toronto made another splash with Marc Gasol. Kawhi and Marc managed to deal with those rival acquisitions, and those Raptors secured the ultimate goal.